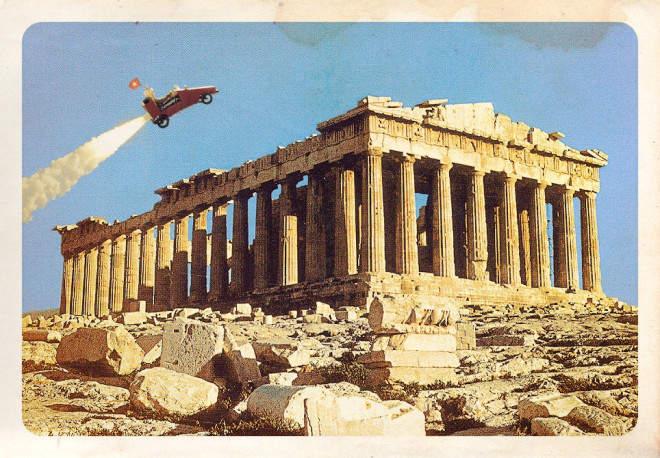 It’s official: The Fantastic Family Whipple is going to Greece! After a brief Athenian holiday in which several new world records were set, including Simon’s record for First Rocket-Kart Jump Over the Parthenon and Beatrice’s record for Most Spanakopita Eaten in Ten Minutes, the Whipples have been invited to return to Greece for an extended stay. Mr. and Mrs. Whipple look forward to using their family’s newly granted dual-citizenship to break many more records on Greek soil: home of the Very First Tournament to Combine Naked Wrestling and Metal-Frisbee Throwing (sometimes referred to as the Olympic Games).

(The Fantastic Family Whipple will be translated into Greek and published by Metaichmio Books, Athens. Thanks to my lovely foreign-rights agent, Taryn Fagerness, for escorting the Whipples around the world!)